...not whinging, just MoNA in Green

Mrs Wombat, daughter No:1 and I had another trip to Hobart  its surrounds and particularly to MoNA.
Oddly, it seemed the days were warmer here than in the home burrow of the Tardis State where, today it has been lightly snowing again.

We had some encounters too that reminded us that not all politicians are as putrid as those we will refer to later in Wombat Droppings.


The light in Hobart is wonderful, crisp and clear, a pinging delineation of flora, which is at times quite different to the mainland and where history and its actions seem much closer to the surface .
In the far south at Recherche Bay where Bruni d'Entrecasteaux sheltered in his search for the missing explorer La Perouse and made friends with the local indigenous people, which later did them no favours. As they happily ran toward later arrivals, English Redcoats and waving branch fronds as a greeting, they were shot down.

There’s a small park on the side of Sandy Bay Rd near Albuera Primary school that had a melancholy feel and I took a couple of shots only to discover the next time I walked past that there was also some broken graveyard headstones fashioned into a monument as well.  Bones had been recovered during works on the playground and the saw marks on some of them seemed to indicate the cadaver(s) may have been used some medical procedure.

Then we met Max and Ruby. Ruby was very quiet and secure in Max’s care but Max was very affable.

And some locals, possibly trying to upstage part of the exhibition at MoNA, who said they did Samian ( I think) craft and one who indicated she rode a very pretty bike which was parked just around the corner.

Two sisters at Salamanca Market waiting for their snacks….

…and Larry the American on his way to same…. with supplies.

A restaurant dinner that night saw us sitting next to Greens ex-Leader, (and inspirational hero to daughter No#1) Dr. Bob Brown who told us he was doing a book signing next day at The Hobart Bookshop ( www.hobartbookshop.com.au ) and said he wouldn’t mind me taking pics. 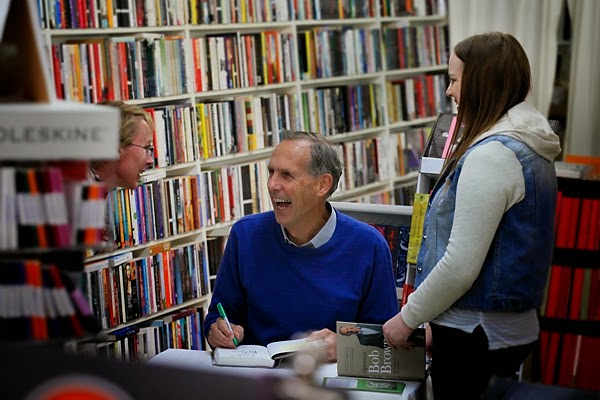 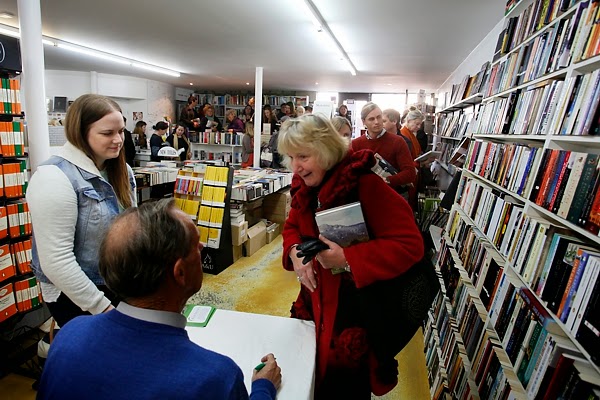 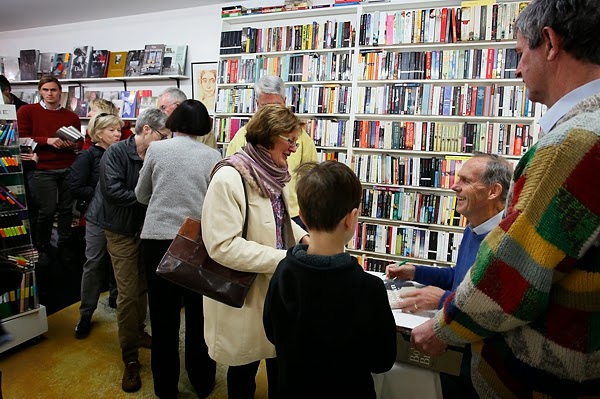 His book, “Optimism” is a good read and a suitable antidote to what Federally, is presently ailing us.

Also seen at Salamanca Market were “Mangus” who made a very fine noise… check them out.

We hopped onto the MoNA ferry, which is really the only way to go there if you are capable of ascending the 99 (zillion, trillion) stairs after disembarking. The quirky pointed humour of the owner David Walsh is present on the ferry too, as you are just another part of a live shipment being transported to another world.

And it’s Byzantine interior walkways reflect his meanderings into oblivion…..

which encapsulates the feverish fripperies of “The-Coots-With-Queer-Ideas-From-a-Parallel-Universe” the IPA whose machinations have all seemed to have come unstuck at the same time to whit: “Blot-on-the-Landscape’s” 18C fiasco for  George "Bigot" Brandis; the same incompetents’ bungling of the Metadata explanation, then Eric “Vichy” Abetz’s foot-in-mouth conflating abortion with breast cancer to curry favour with the “Septic-Tanks” “ultra-right-happy-clappy” brigade.
All this coupled with the loss/sacking of a pair of foul-mouthed candidates means it’s been a nasty week for a nasty bunch of people. 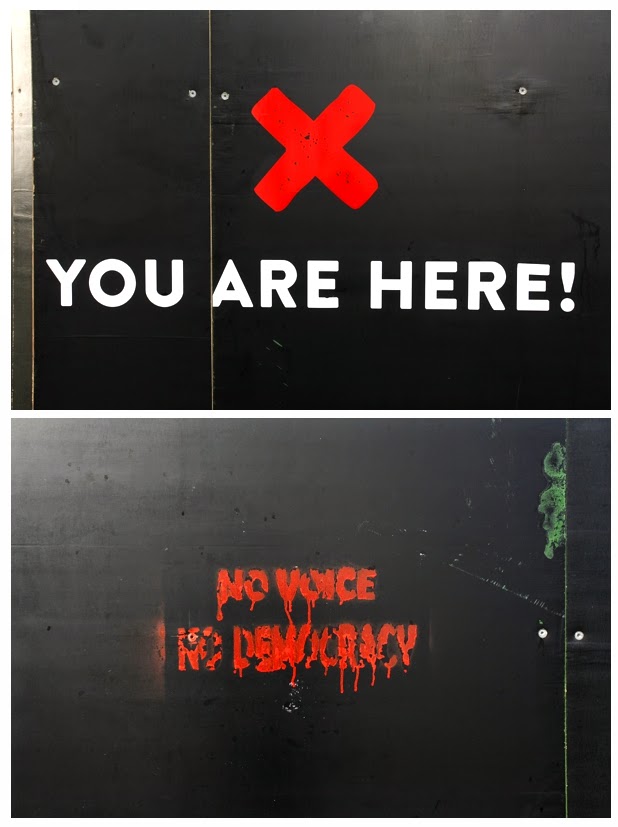 Dr. Lauren Rosewarne opined (Age 10-8-14) that “…social media is a very tricky game for some people.”  I would venture, good manners, too!

Joe “Cereal-Toyota-Killer” Hockey is blaming Labor and the Greens' obstruction of his fiercely unfair budget for the worsening employment rate which is odd ‘cause he’s the one whose decided that manufacturing is soooo C19th!
But then, unlike art….

…politics is not a game.

Repetitive perhaps, selling the same thing in different guises perhaps and not all is as it seems.

But if you drill down long enough you might just see the light....
...and with contemplation, find the truth…