A State of Disease.

it's been a while between drinks.... the year opened with the nation in crisis and at closing, is as started but with the crisis deepened, ‘though it's re-assuring to know that one thing has been constant... our Pentecostal excuse for a Prime Minister, Scummo of Bunning's Marketing is again, nowhere to be seen during the crisis.

But more of that later.

Being in a regional area the lockdown was not as harsh as it was in the Met. areas and we had limited travel. Patience was in the mood of things and people were more accommodating… the roads were nearly vacant , masks were awkward and uncomfortable but I could remove it regularly, not like many workers who were sentenced to hourly use.

Life was quieter and I began to enjoy the clearer bluer skies as I turned away from what I had been doing as global Covid had limited certain areas of work.

So it was on with the boat.. which I can happily report was well received and has led to other projects….and onto 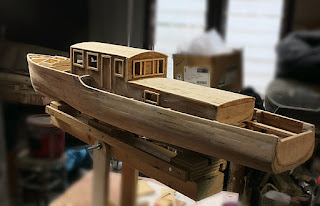 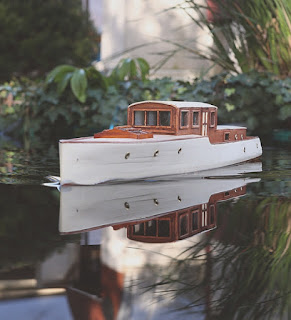 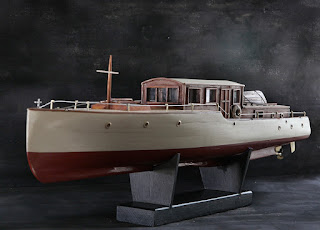 The Pedal Car …. for the grand,, Madeleine.  Lights, rack and pinion steering, chain drive, disk brakes and speedo plus windscreen... aluminium body, steel and wood chassis...in the process of assembling the bits....

and the Fokker DXX1…20CC engine  ply with some aluminium, 2.5 m wingspan.. hopefully telescopic undercarraige will provide suspension, canopy will slide and intruments operate... just need a pilot small enough to read them.... 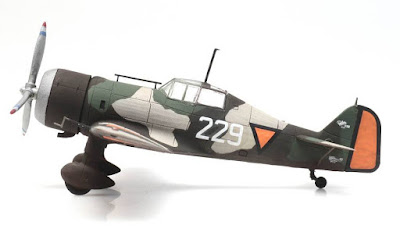 which, now that the en-suite has been renovated (that took a bloody sight longer than I anticipated) and the studio re-jigged and organised, well nearly organised.. I can get on with it.. whilst keeping an eye on this corrupt and incompetent ruling rabble which is inflicting so much damage on the country.

The Covid lockdown of Victoria (or Hookturnistan under our "Dear Leader", Dan-the-Man) produced some really hilarious moments: as when Wine student turned Murdocratic feral, Rachel the Blatherer had Dan Andrews explain the nature of "intimate" relations in answer to another of her asinine questions during his 100 days of continued press conferences…. Or other journalists laughing at the pretensions of Peta, Drink-Driver, Credlin the Credulous in her quest to “get” Dan.

Content (on the surface) to let the bile coming at him from all sides wash around him Andrews gained much support from the public through awful times by being there and answering all that was put to him and being responsible. A demeanour not lost on his critics particularly when Covid was effectively suppressed with no cases for 60 odd days due to the strictures put in place and much to the rabid anger of the right-wing shills who had been braying that that couldn't be done.

One of the saddest things to see was how the Vic. ABC has been bastardised into a bilious opinion service not a news one with Dicky the Wanker Willingham leading the chorus with anti labor diatribes whenever he opens his mouth. But why so very quiet on ex police commissioner (and Liberal member) Ashton who didn't want Vicpol involved in hotel quarantine or Scummo who suggested the firms involved?

Congruent to this, the beatification of Gladys the Gormless was taking place in NSW. The premier had according to Scummo of Bunning's Marketing, (making one of his rare appearances after surfacing from under a pew at 7 Stapleton Ave.) made her State the "gold standard" for all things Covid....which was in contrast to her putrid performance in lying to ICAC, her cosy-ing up (Rachel Blatherer now knows what Dan means) to a disgraced colleague and funding his errant ways, rorting the public purse, mismanaging infrastructure deals, holding pressers only with selected Murdocratic propagandists and running away when things get a bit hairy. She's given herself away about the depths of her ideologically driven premiership. Her "pressers" are a wonderful example of how not to run anything.... but she's a "shoe-in" to best Jacinda Adern in the popularity stakes... according the what used to be a reliable newspaper but now just a tripe-fest of Ruling Rabble talking points owned by 9.

As with most of Scummo of Bunning's Marketing announcements spin preceded reality and Covid's taken off again mostly due to Gladys the Gormless no doubt taking advice from Scummo who is probably only looking forward to the "Rapture" not the welfare of the nation.

Needless to say the same vituperative questioning which greeted Andrew's every presser was not to be seen....Gladys can make a real shambles of her "gold standard", she can make medically wrong statements, give conflicting and confusing advice, contradict her own CHO (whose a very tame Pussy) and the attendees I cannot say journalists, say nothing.

This resurgence of the virus has because of the incompetence in NSW, all the hallmarks of being even bigger than Vic's nasty episode. I'm sure Peta the Credulous, the Drink Driving One will be there to find the answers for her devoted ....follower.

Such a year: The Priapic Tudge, “I am honoured to be appointed as the Minister for Education and Youth in the Second Morrison Ministry.” The swearing-in ceremony was virtual – a fitting end to 2020. Ooohhh.. thinking of all those svelte first-year-out graduate teaching gels.. ?...Phoaaaooooaaaah!

The private operator set to take over Adelaide's train network in January will not have enough staff to operate a full service, and will rely on taxpayers’ money to fill the shortfall.

Cyber bullies and online trolls could be slapped with huge fines of up to $110,000 under world-first laws to be introduced by the Federal Government.

Given the chance to find “a new way” because of Covid, the Ruling Rabble / IPA / Hellsong cabal have instead “doubled-down” on their regressive and anti-social neo-fascism.

It will be an interesting year because they have set and are continuing to set agendas which will blow this country to bits… they have blown up trade with China, blown away tertiary and secondary (state) education, gutted and cowed the only once independent news service, mangled MediCare. They have shown criminal cupidity in financial matters and now are widely seen as the most corrupt federal government in Oz history.. they will reap what they sow… it’s not the rapture they will face.