a Budget..... for in that sleep of death what dreams may come,
when we have shuffled off this mortal coil, must give us pause...

but more of that later in Wombat Droppings.

We’ve been to a book signing.

Dame Margaret Scott (Maggie) has had her biography written by Michelle Potter.
A Life in Dance…. one of the most important people in the history of Australian ballet, Maggie was in good form, starting with ” I’ve nothing to say… It’s all in the book.” But then proceeded for another twenty minutes with “thank-you’s”, anecdotes and observations which were wry, funny, pointed and as always, on the mark.

Maggie commented that she was always being asked what was her vision for the ballet school?  “I had none” she said, “I just got on with it and did what I had to do.”

Graeme Murphy was there and as with others of his innovative talent and success was the evidence of Maggie’s perspicacity for evaluating capability and potential. 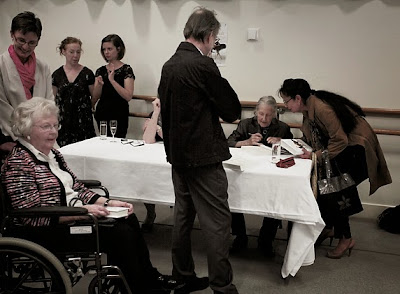 I have some very early photos in the book and it was good to meet Graeme again and others from early ballet school days, all of us there celebrating this publication and thanking Maggie for her intelligent forward thinking in her development of “The School” and the important part she played in our careers and our “..chance to dream.” 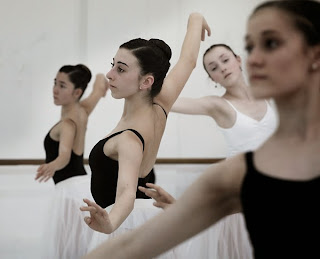 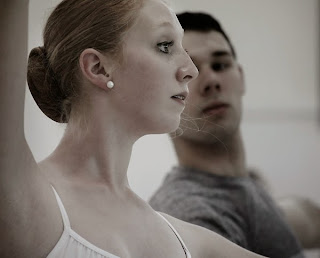 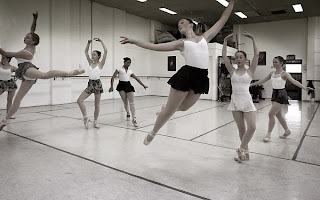 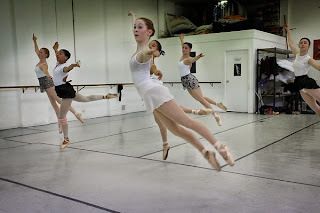 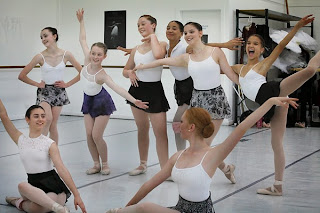 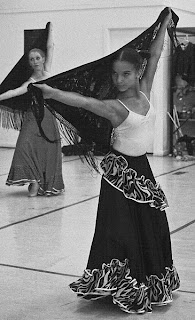 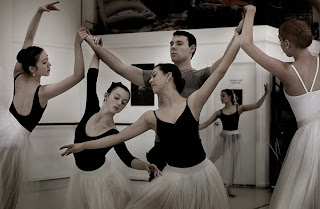 The long awaited “shirt-fronting” bout between Rabid-the-Hun and Vlad Putin was like all Liarbril policy action, a “Fizzer!”

“I’m not talking to him when he comes to the G20” our Prime Miniature sulked after his 15 minutes of “confrontation.”

Y’know Petals, we’ve never had a leader in this country who walks like he’s recently pooped his pants, claps like he has a intellectual disability, is always poking his tongue out and who keeps channelling Mrs. Malaprop!
It’s now being said to excuse his “shirt-front” gaff that he mis-understood the Aussie Rules Football connotation.
Hmmm like he didn’t think he was “….the suppository of all wisdom.”

Perchance to Dream a Budget, for in that sleep of death what dreams may come,
when we have shuffled off this mortal coil, must give us pause...

Poor old Joe “Cereal/Toyota Killer”Hockey…. Looks like we have a budget emergency after all: and unsurprisingly it’s not Labor’s fault but another of the Liarbril’s malign projections manifesting itself as a wrathful reality from Joe’s ideologically fuelled incompetence.

James Paterson (Dep. Dir. “Coots-With-Queer-Ideas-from-a-Parallel-Universe,” aka IPA) then popped up on Q and A .
I’m not sure whether he was there as a stiff, arrogant repeater of ideological business cant or perhaps as a target for the intellectual disdain of the bubbling and intelligent loquaciousness of Baroness Susan Greenfield or then again, just as an added embarrassment to our pretend Environment Minister, “Ozone-Hole” Hunt (he of Wiki research fame) who did such a good job himself of making the case for Carbon Pricing and climate change, eloquently real, and consequently a shambles of his ruling rabble’s environment policy.
Somewhat disturbingly I kept seeing “Unterscharfuhrer” Paterson in SS costume… and more disturbingly… secretly, I don’t think he would mind dressing like that.

The election in “The Tardis State” “Where-All-Goes-Backward” is not going at all well for Pretend Premier “Do-do” (Genus: Inutilus Rusticus) Naptime.
Seems his much vaunted "Tunnel to Nowhere" is going to cost 3 times what he’s telling us, that is: $15,000,000,000,000.00 which caused his Piggy-Bank minder “Boggles” O’Brien to froth at the mouth about CFMEU, leftish plots and Academics with Agendas.
Well let me tell you something Michael-me-lad…. Not everyone likes either Dodo's or your agenda; particularly the one where the taxpayer does the $3,000,000,000.00 refurbishment of National park infrastructure and your lot to lease it off for business development. Stinks that does.. almost as much as Matty “What’s-a-Green-Wedge” Guy’s  costly folly at Ventnor.
But it is good the see that “Dodo” can hold to a script and train of thought ….…repeatedly…repeatedly… repeatedly, about the zillions and zillions of trains we can import for Cranbourne.

A prognostication Petals: in about five days ( around two weeks from polling day) the Public Prosecutor will bring down a finding that based on the Police evidence submitted, certain Labor Party members close to leader Dan Andrews will be charged with the theft of a reporters tape machine.
A molehill that will have the proportions in all the Ugly American, Murdoch's press of a Krakatoa!
Where’s Geoff ”Fiddles” Shaw in all this… off scot free and running as an independent!

Ohh Petals ….Perchance to Dream of people of Maggie’s quality and not dismal apparatchiks with very limited imagination.